Should You Play Live or Use A the Computer 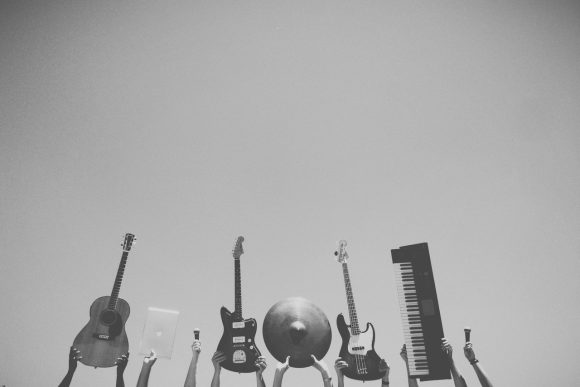 The digital age has not only led to revolutions in new software and capabilities, but also an entirely new set of sounds for instrumentation. For those who are familiar with the music at all, they also know that it is no longer necessary to have live instruments to play everything or to have a person present. Computers have the capacity of substituting for any type of instrumentation you need. However, before deciding to digitalize everything, you should consider the differences between playing live or using a computer.

There are several sounds that are now becoming capable of taking the place for real instruments. MIDI was the first set of sounds that were produced which were the same as real instruments. The packages in MIDI were taken by recording live instruments on every note and turning them into a digital sound wave. As this particular type of package has evolved, so have the sounds and the ability to make the sounds seem more real and less electronic. Most MIDI packages are used only with Mac computers or as added on plugins to what already exists.

The second type of digital effect is known as VST’s, or Virtual Sound Technology. This is a generalized term that includes a wide variety of instrumentations, loops sounds and electronic effects that can be used in almost any software program. Like MIDI, VSTs take live instruments, copy the sounds, and reproduce them using digital effects. The result is a wide variety of instruments, sounds, and certain measures of general arrangements that can be used almost anywhere.

When you are recording, the question becomes whether to use the electronic capacities that are there or to move into recording live instruments. While the electronics progress, the sounds become better and somewhat capture what is being done. However, there are things to listen for and to familiarize yourself with before moving into using electronics.

The first part of the electronics that is missing from the picture is the idea of resonance. With live instruments, each note carries harmonics over it that can not be heard, as well as resonance from the strings and vibrations. The vibrations come from the strings or air hitting other air and hitting the sound. Because the MIDI and VST packages are digitalized, it will be missing this capacity and won’t be able to carry this same vibration. This is one of the largest cons of VSTs. Even with the progressions in copying the sounds, it is impossible to find ones that add in the resonance of a real instrument.

If you have no choice but to use a VST or MIDI package, you will want to consider finding ones that can play as close to the real instruments as possible. Many of the older versions of electronic sounds carry the electronic sound to them and sound like synthesizers or man-made instruments. You won’t want to use a package that doesn’t have a resemblance to the real thing. Most musicians and listeners can still tell the difference. If you want your sounds to be electronic than this will work fine. However, if you are trying to portray a real instrument, you want to make sure that it carries a sound that closely resembles the live instrument.

The major way in which you can tell whether the packages are resembling live instruments is in how you hear the instrument. You may want to compare how the packages sound to the real things. For instance, an electronic sound will sound muffled and will be closer sounding to a synthesizer than to an instrument. Unless this is the exact sound you are looking for, you will probably want to check into newer versions or updates that use better technology options.

No matter what you decide with the instrumentation to use for your recording, the most important thing to keep in mind is what you want the end sound to be like. This means that you should keep things in mind such as resonance, resemblance to the real instrument, and the electronic equivalent of that instrument. While both can remain just as effective in your arrangement, it is the small differences in sound that make a difference in what is being played.

Thanks for subscribing! Please check your email for further instructions.